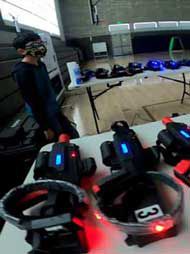 The rifle can act as a Battle Rifle, Burst Rifle, SMG, Heavy Machine Gun, Sniper, Battle Cannon and Assault Laser just to name a few. Each weapon has a unique sound and characteristic which has different range, damage, reload speed and rate of fire. 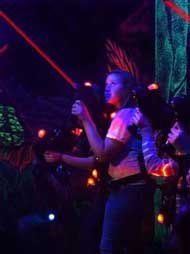 Swap between your primary and secondary weapon on the fly with a push on the directional pad. If available in your gameplay, you can switch to an attachment on your weapon such as a shield dome. 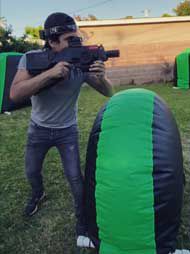 Yup! Beat someone down at close range with a melee attack by a push of a button. Have the option to use Brass Knuckles, Knife, Tomahawk, Baton or Hand Punch. Each melee attack delivers certain amount of damage. 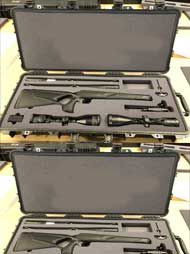 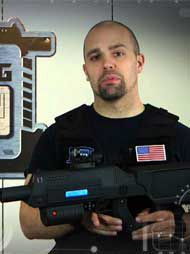 There are 3 primary ways to use the utility box. One way you can use it is by pressing the red button, another way is to shoot at its top dome sensor and lastly it can be used as a proximity ping. 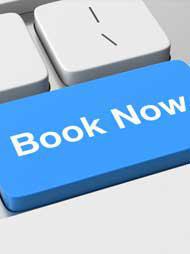 Rules and Equipment Here are some Call of Duty laser tag guidelines and explanations that we employ to keep laser tag matches organized. You should feel free to use this as a general guideline, but rules may vary depending on your play area and objectives. Gun Explanations 1. Display the Sunband to the players. Show players how to adjust the Sunband's tension. Describe how hitting another player causes the Sunband to light up. 2. Teach players how to use their weapons. Make sure the shooting sound is audible to the players. 3. Instruct players on how to reload. Some guns are slightly different from one another. Why does a gun make that noise when you need to reload it? 4. Display the gun's Health and Ammo displays for players. Describe the sound a gun makes when it hits you. 5. Describe the initial sound that a gun will make in the game. 6. Describe the process of eliminating a player. (When a player loses all of their hits, they are eliminated. Some game modes do not allow for player elimination.) Describe an instance when a gun makes a sound after a player has been eliminated. Rules for Safety 1. No tree climbing. 2. Stay at least five feet away from other payers. If you do, take a step back and continue playing. (This helps to stop players from colliding with one another.) 3. Everyone must stop and assist anyone who falls or gets hurt. General Rules 1. Keep within the confines of the play area. 2. Avoid wearing any hats or clothing underneath your Sunband. Furthermore, avoid covering your gun sensor with a hand. 3. To alert other players that you have been eliminated, raise your hands and gun in the air. If necessary, yell "I'm out!" to let the other players know you've been eliminated. 4. Don't divulge any information about the opposition players to your team after being eliminated. Dead men don't tell tales, as the saying goes.